Pico second lasers created a storm of hype for past 3 years. It is an upgrade version of Q-switched laser. (Imagine the current iPhone vs Blackberry)
However there are many different brands of Pico second lasers in the market with various names and price, eg. PicoSure, Picoway, Picogenesis, PicoPlus, Picocare, Picolo…and the list continues. You might wonder whats the main different between them and why their price can be such huge range different.

This article is not about comparing the differences between machines, but by revealing the naked truth about PicoSure, you might get some general ideas and principles in choosing your laser treatments.

PicoSure being the first picosecond lasers to get FDA clearance in 2012. Why does FDA clearance matter? When a device cleared by FDA, it means that the manufacturer had submitted a premarket approval application and the results of clinical testing data. Then the FDA has determine that the benefit of the device outweigh the known risks for the intended use.

A retrospective analysis of 13 Asian patients with Fitzpatrick scores of III and IV with Nevus of Ota, cafe au lait pactches, solar lentiges, and other pigmentary issues treated with a 755-nm picosecond laser reported fair to complete resolution of their lesions, with only two patients (4.8%) developing transient hypopigmentation and no reports of postinflammatory hyperpigmentation.

#2. The only Picosecond Laser emits light at 755nm

PicoSure laser emits laser light at a wavelength of 755nm, which is visible red light while other Picoseconds lasers such as Picogenesis and Picoway produce light at 1064nm (infrared). Some picosecond lasers might have more than 2 wavelengths, however it is not very important factor as when we deal with pigmentations, 532nm, 755nm and 1064nm are those wavelength that is safe to use.

So some doctors might emphasize that 1064nm picosecond laser can penetrate deeper into the skin. As you can see the graph above, the depth difference where a 755nm and 1064nm can penetrate actually is very little. Furthermore, most of the pigmentary problems located at epidermis or upper and mid-dermis, basically both 755nm and 1064nm lasers are able to reach that depth.

The reason I emphasize “REAL” here is that most of the doctors tell you their laser treatment has no down time, but this is not entirely true. The redness created by either Q-Switched or 1064nm picosecond laser can last for 2-3 days although some redness can be relatively minimal. (The down time can be longer for scar treatment due to high energy setting)

PicoSure finishing is gentle, pinkish for maximum ONE hour which make it as the first choice for patients (although aesthetic treatments are quite acceptable nowadays, still most people preferred to keep it as a secret).

I’ve been operating different picosecond lasers for past 3 years. As I always practice patient-centric approach, patients’ feedbacks are utmost important to me. With PicoSure, I able to achieve consistent positive outcome and nearly 99% of patients satisfied with the results.

You might think that nothing special with statement above and it should be normal to receive good feedback and positive outcome every time you undergo a treatment. NO, it is not!! To be able to receive good feedback from patient is really difficult, because when the treatment is “OK”, patient usually won’t give you any feedback (an OK result is what they expect for a paying patient).

So, when a patient literally tells you he/she feels good about the result after their treatments and willing to continues further treatments is really SOMETHING!!

Yes, it is true that PicoSure treatment generally charged higher compare to other Pico laser treatment. The price can be range from RM1500 to RM2500 depending on the experience and skill of the doctor.

Imagine you paid for a treatment which cost you $500 however you get a very lukewarm response which might or might not effective. Eventually you need more treatment sessions to solve the skin condition, where if you use a more stable device producing an effective and promising result with single session…which one you choose?

This site uses Akismet to reduce spam. Learn how your comment data is processed. 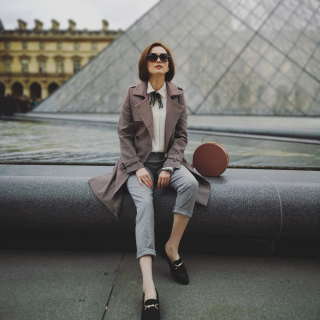